Someone Told Me Long Ago, There's A Calm Before The Storm 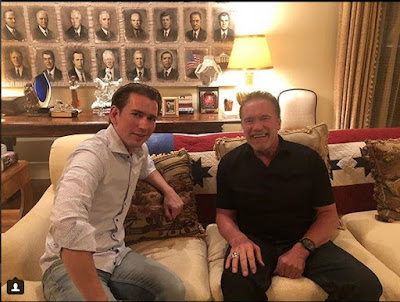 I'll be back......
and Donald Trump is still not in the picture

As all of you missed it in the overthrow of Venezuela, there was a strange situation which took place there not in the tweets of Donald Trump in shout outs to the new dope and oil lord of that nation, but in the affirmation of all of this by Chancellor Sebastian Kurz of Austria.

The Hapsburgs have reached out in the American sphere and issued proclamation.

With that event having transpired, a more stunning revelation has taken place in Chancellor Sebastian Kurz, the lead who Donald Trump and his advisers spurned over the Putin Trump Summit in Vienna, which has unleashed a trolling storm by Sebastian Kurz upon Donald Trump for over a year, has now produced a most interesting reality in Donald Trump has bowed to kiss the ring, as Chancellor Sebastian Kurz has been invited to the White House for direct meetings with President Trump.
These are BI LATERAL exchanges between Vienna and Washington DC. This is not just leadership, but coordinated talks in everyone from Homeland to the US Treasury.

This is HUGE as the United States has just become educated in it can not go unilateral when comes to Europe. This President literally stated a few weeks ago that he did not care about Europe. It seems the President has become informed that he is not only caring about Europe, but Mr. President is now serving the power of Europe. 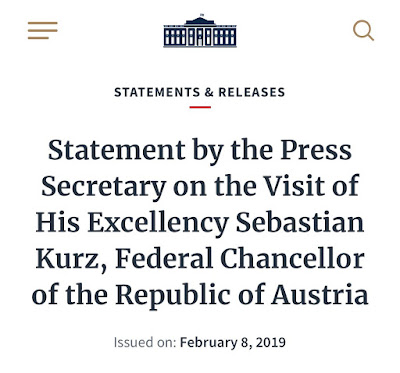 ...The Chancellor’s meeting with the President significantly elevates that engagement and sends a positive message about the state of our bilateral relations. It has been 15 years since such a meeting has occurred, and the time is right for another...(3/4)
3 replies 14 retweets 52 likes
That includes intensified engagement between minister-level leaders of both nations. The Secretaries of State, Commerce, Homeland Security, Treasury, and others have met or will soon meet with their #Austrian counterparts...(2/4)

The American Paradigm has shifted under President Donald Trump. 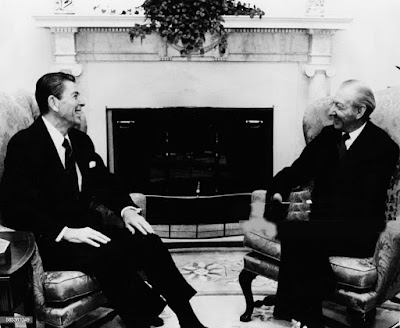 For those ignorant of history, when President Ronald Reagan wanted to set the world on it's head, it was to the Austrians in President Kurt Waldheim, to which he turned for the victory in the Cold War. There was no diplomatic world leader like Waldheim who governed even the United Nations. This is the Habsburgs, the Motherland in all her power and glory.
For the assistance which President Waldheim gave Ronald Reagan, he was crucified by the same elements who have risen to return Donald Trump to the globalist fold.

The Long Arm of History - Kurt Waldheim Banned for his Nazi ...

Thomas Klestil, Waldheim's successor as President, was just completing his tour as Ambassador to the U.S. when the decision was made and he was crushed. When he was Austrian Consul General in Los Angeles, Klestil developed a close relationship with the so-called California mafia that [President Ronald] Reagan brought to Washington.

And now, Sebastian Kurz is coming to the United States again, as he has been here several times previously and he deliberately shunned the Trump White House for their insolence. Now they have been made to kiss the ring and the greatest leader in the world, Sebastian Kurz is a force which the Americans can no longer ignore.

Once again, another Lame Cherry exclusive in matter anti matter, as all of you have been asleep.

Let us hope that the tribute Jehu pays to Shalmaneser appeases him this time.


Creedence Clearwater Revival: Have You Ever Seen The Rain ...

Creedence Clearwater Revival Have You Ever Seen The Rain? Pendulum Lyrics: Someone told me long ago There's a calm before the storm, I know; It's been comin' for some time. When it's over, so they ...