The Sacrament of the Gun 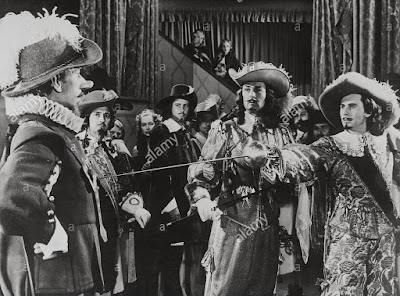 your anarchy and tyranny appear to be written in my blood


This letter appeared in the Washington Post, in the current cartel response to shred the United States Bill of Rights.

You will notice in this the once again broad statements of condemnation without any facts.  I will once again provide the facts to refute this Mockingbird CIA leftist letter, but first the hyperbole, the fiction, the fallacy to be exposed for retarded waste of the death of electronic trees to post such flat world lack of thinking.

By Letters to the Editor
September 5 at 5:12 PM
Eve Fairbanks’s Sept. 1 Outlook essay on the South’s antebellum rhetoric following the Civil War, “The ‘reasonable’ rebels,” brought to mind the rhetorical logic used to defend unfettered gun ownership in the United States. “It’s not guns that kill people; it’s the people behind the guns.” And “If we ban or control gun ownership, only outlaws will have guns.” Pure nonsense. Easy access to guns just makes gun violence more likely.
The analogy of regulation around cars is apt. Car ownership is not denied to reasonable people, but everyone who drives has to be licensed and wear seat belts. Not everyone obeys these rules, but thousands of lives are saved every year thanks to those who do.
Furthermore, the gun-carrying public is helpless to prevent mass murders by determined killers, as we saw in El Paso and again in Odessa, Tex., where many lives were lost in 30 seconds before anyone — even armed officers — could subdue the shooters.
Easy access to more guns is not the answer. The answer is reasonable restrictions on who can own guns and what sort of guns we can own.
Michael Gladish, Mitchellville


The analogy of vehicle possession is incorrect, as you do not carry a Toyota to defend yourself from rape nor does an Army bomb ISIS with Ford Trucks.

The 130 pound woman is made equal to the 220 pound man, not by knife, not by bat, not by legal courts, but by the same Samuel Colt rejoinder of, "God created all men, but Sam Colt made them equal".

That is the basis of American Law, equal rights and equal justice, mandated to be speedy, and it is not the 9 11 speed dial which ensures rights immediately, but he display of a weapon of defense, the dentist to the tyrant and the bully, defanging them by presence and not by fire.


Robert A. Heinlein - An armed society is a polite society....

https://www.brainyquote.com/quotes/robert_a_heinlein_100989
Robert A. Heinlein Quotes. An armed society is a polite society. Manners are good when one may have to back up his acts with his life.

It has been proven that in the frontiers of America, that the armed individual, rugged, produced a polite rejoinder from foe to become friend all from the hand having fashioned metal, wood, chemical and lead as the Constitutional Bank Account on deposit, and earning the interest in the dividend of a flowering culture in the wilderness.

Let me be blunt in this in not liberal propaganda, but America is at war. The Cultural Revolution is a war and it began in 1960 and revolution is war. What was that war aimed at? What was America?

Without a doubt, it was White, Protestant and Armed Rugged Individuals, armed with their own vocations, homes, automobiles and bank accounts of the American Dream.

Make no mistake about this, the liberal is armed as the above letter is proof, as the keyboard is the weapon, as much as Facebook banning those people on the right, that Hillary Clinton condemned in pure Nazi rhetoric as the deplorables.

The armed public though is not helpless, it is armed. It was the disarmed public in Odessa and El Paso Texas who allowed themselves to be murdered, for this was the work of murder, not a killer. One kills  lettuce, one kills terrorists, but the victim is murdered. This was the action of a murderer, not a killer, exposing once again the simplistic lack of intelligence of the propagandist attempting to appear informed.

In a Republican form of Government, which is not a mob rule democracy, there are responsibilities, not delegated police state protection which fails more often than not. The free person, is responsible to possess, practice and perform with their own self defense. That is the reality in Odessa and El Paso, there were in fact too many foreigners and community organized primates who were not armed in order to defend themselves which is their right and responsibility. Odessa and El Paso prove that there are not enough firearms in the public's hands and that Texas is home to too much infringement on the rights of the Citizen in keeping firearms.


There are no reasonable restrictions on firearm ownership. It is akin to reasonable restrictions on how many breaths you can take. No one can survive while being strangled of air no more than they can remain free and alive being made defenseless, waiting for someone else to breathe for you or a police force to defend you from the murderer, rapist, molester or robber in your home, your vagina or your pockets.

This is the Lame Cherry, as the Wayne LaPierre is the capon of the Trump Era as this President seeks to criminalize people's intent in a neo pre crime intervention in a conjuring of smoke and mirrors where a computer program damns, where God only knows what is in a person's heart and even God does not condemn without the sin, lest all of us were in a Trump insane asylum or lynched upon the pages of the Washington Post.

I detest poorly crafted propaganda as much as a mind enshrined in it's own gulag of intellectualism and not realizing the captivity of ignorance.

The rights of the leftist end where mine begin. Mine begin with firearm ownership and theirs ends with shirking that duty, which is acceptable as I do not have the right to force arms on anyone. I simply have the right to inherit their earth they are buried under and their assassin hangs by neck until dead suspended in the blue skies overhead.