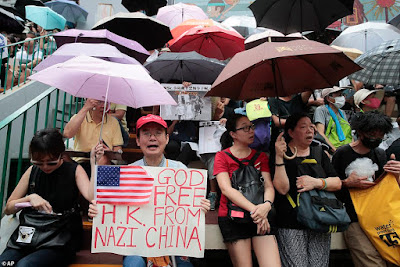 I thought America was in a trade war with China.


China: The US has started 'the biggest trade war' in history

https://money.cnn.com/2018/07/06/news/economy/us-china-trade-war-tariffs/index.html
Jul 06, 2018 · China on Friday accused the United States of starting "the biggest trade war in economic history" as the two sides imposed steep new tariffs on tens of billions of dollars of each other's exports. Trump and his advisers argue the tariffs are necessary to pressure China into abandoning unfair practices such as stealing intellectual property and forcing American companies to hand over valuable technology. Beijing insists it's the injured party.

The problem is as has been documented by this blog, George Soros gets to sell soybeans to China, Ameican oil is flowing to China and Donald Trump keeps making exceptions. One of the exceptions which has been exposed by Buzzfeed is an international, father and son, company in Homer Pennsylvania, paying 8 dollars an hour to non skilled workers, handling hazardous materials, now working in storage containers as part of the plant burned down from what is manufactured there, called NON LETHAL TECHNOLOGIES.

Every police state response from Peking in tear gas and crowd control, against Hong Kong protesters who are demanding their rights to continue in choosing their own representatives and not being shipped out to gulags, is the tear gas from Non Lethal Technologies, completely sanctioned by Donald Trump's regime.

In other words as US farmers can not sell their crops to China, poison gas is being shipped in huge orders to China, and not only China, but every Obama hot spot in the world, from Turkey, Bahrain, Egypt etc...
The Turks are really sticklers in wanting specific NON LETHAL poisons to suppress people in their nation.


The Lame Cherry desires you to understand what NON LETHAL is, because it does murder, as happened in Bahrain.

WHEN President Obama decides soon whether to approve a $53 million arms sale to our close but despotic ally Bahrain, he must weigh the fact that America has a major naval base here and that Bahrain is a moderate, modernizing bulwark against Iran.

Yet he should also understand the systematic, violent repression here, the kind that apparently killed a 14-year-old boy, Ali al-Sheikh, and continues to torment his family.

In August, Ali joined one of the protests. A policeman fired a shell at Ali from less than 15 feet away, according to the account of the family and human-rights groups. The shell apparently hit the boy in the back of the neck, and he died almost immediately, a couple of minutes’ walk from his home.


So the United States is killing 14 year old boys, that Obama put up to protest across Muslim lands. This sounds like the Rothschilds in making money off of both sides, but it was Barack Hussein Obama and now it is Donald Trump in Hong Kong. 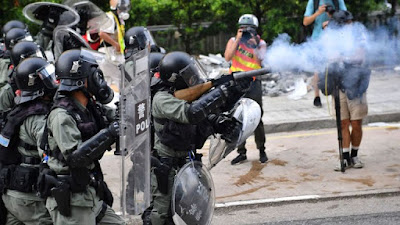 The Lame Cherry explains as Buzzfeed does not explain this nor does anyone else. Those shells you are looking at, are 12 gauge shotgun shells propelling projectiles or poison gases at humans. 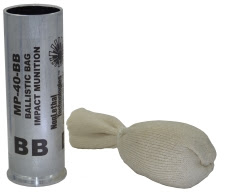 In the case of the 14 year old boy, a projectile is fired with force to launch it at least 50 yards at the speed of a baseball. Baseballs will kill. That is why players were helmets.

www.booksonbaseball.com/2010/08/ray-chapman-killed-by-pitched-ball-august-17-1920/
The New York Times obituary headline when he died in 1971 tells it all: Carl Mays, Yankee Whose Pitch Killed Batter in 1920, Is Dead Among several books on Chapman, there are two notable ones, one for everyone, one geared toward kids.


Actor John Erik Hexum died in the 1980's clowning around on a movie set with a blank gun, which has far less power than NON LETHAL SHELLS, when he placed it against his temple.

Non Lethal has all sorts of non lethal devices. Remember in this, that these are made in America, and are deployed against humans, and those humans can be Americans too. They have been deployed against Muslims who are protesting against the regimes that prop up those draconian teachings and they are now being deployed against Chinese who are resisting being imprisoned by Peking.

Here is one the gems of Non Lethal. This is a grenade, meaning it is a bomb with hard rubber bullets in it. If you want to experience the effect, have someone throw a handful of gravel at your face and see how fun it would be, and if you would be worried about taking an eye out. 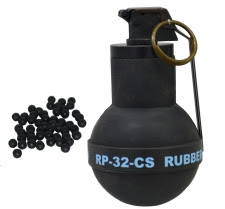 I did a Duck Duck Go search, and this is what came up in the images. This is not the complete listing of anti human products, but it provides you with an understanding of what is being manufactured by the thousands of rounds for use against people who simply want the right to be human.

For those of you who still do not think this is a problem as this is just Arabs and Chinamen, this link reveals that Non Lethal pumps the anti human arsenal to tan skins, while a firm in Michigan manufactures anti human devices against your White and Black skins.


Tear gas is NOT nonlethal: ways to resist US tear gas ...

https://www.warresisters.org/resources/tear-gas-not-nonlethal-ways-resist-us-tear-gas-shipments
Nonlethal Technologies tear gas has been used in Bahrain, Greece and Turkey. Sage Ordnance Systems Group: Sage Ordnance Systems Group (Sage International, Ltd. and Sage Control Ordnance) is headquartered in Oscoda, Michigan. Their weapons are used in the United States, among other places. What are ways to resist US tear gas shipments?


The Lame Cherry would like Mr. President to answer these real questions in why the United States is repressing liberty and freedom around the world, as this is not exactly something President Ronald Reagan was engaged in in liberating the world from tyranny.

I hope to God we do not find out that Jared Kushner is not a silent partner in Non Lethal Technologies, as the President has stock in Raytheon which keeps launching missiles into places that Ivanka is protesting.


You wonderful people who keep not donating, and keep making excuses for Trumptopia, but what are you going to answer to God for this blind support of policies which are suppressing the freedom of people to hear the Gospel.

I thought we were in a trade war, and yet anti human poisons and projectiles are in Hong Kong from the United States.