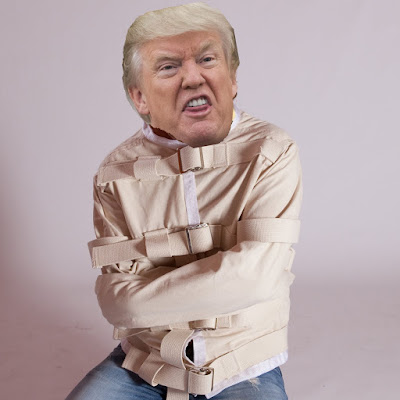 In 2016 AD in the year of our Lord, in writing the time line for Donald Trump to become President, I became the target of the New York FBI, who alerted Homeland Security to come interview me. I broke no laws, I was guilty of nothing, but there was a reality which placed me into the federal security system, and what placed me there was WORDS.

These were not in the least threatening words, but simply words. In speaking with Homeland, they informed me that there are words, which if you use them, in connection with places, that it will trigger the entire security system to begin surveillance of anyone.

This is important as all I was attempting to do was save lives, stop bad things from happening, but I was swept up in the system, because the surveillance system does not recognize anything but WORDS, and when the WORDS appear, there are federal Agents who by mandate must respond and follow up the situation. Once activated, there is not any reason behind it. It only has the directive to investigate even if it was a wild goose chase, as Homeland knew it was.

The above is the prelude, to something President Donald Trump is activating to automatically sift through every person's life in America. Instead of DARPA it is called HARPA, and HARPA will take WORDS in and out of context, and when those WORDS alert the system, anyone will be placed into not only the investigative part of this system, but the federal courts as you will be Red Flagged, and once that begins, your WORDS will activate the police to appear to remove your personal property, as in firearms, and when you have firearms, you will be taken  into custody as a threat and held in a mental institution, without ever having taken any action.


The Trump administration is considering a proposal that would use Google, Amazon and Apple to collect data on users who exhibit characteristics of mental illness that could lead to violent behavior, The Washington Post reported Thursday.
The proposal is part of an initiative to create a Health Advanced Research Projects Agency (HARPA), which would be located inside the Health and Human Services Department, the report notes, citing sources inside the administration. The new agency would have a separate budget and the president would be responsible for appointing its director.

The odd part in this is, that Donald Trump has been diagnosed insane by psychiatrists, and the things he tweets troubles some people. Literally the very people who will respond by a Trump mandate, will activate on the very words Donald Trump uses.

We are entering the world not of forensic psychology which I pioneered, but a neuropsychiatry which points to violence, all because of WORDS.

What I desire each of you to comprehend as you think you are immune to this, Donald Trump is basing his system of monitoring on Google, Amazon and Apple. All of these systems are "smart" systems which recognize WORDS. The same type of monitoring as on your smart phone, where you talk about Oreos and in the next day Nabisco ads appear on your Facebook.

There are lists of hundreds of words below which alert the current NSA and other security systems by computer data mining of your conversations. What though I desire to explain to all of you "innocents" is what happens when your Amazon is running in the background and you are talking  about things you like, and your spouse has on the news, and it is some Frontline special on PBS, which is showing a documentary on terrorism and some Farsi ranter is screaming "Death to America" and Alexa has your voice, in a conversation with a terrorist on television, and the AI has no idea of any of this, as there is not any way to know.

What is known is that from that moment on the system is activated not to monitor, but to respond to you. It begins monitoring, data mining and you have a bad day and you start ranting "I hate the President" and you have on "Burning down the House" to let off steam, and next thing you know, HARPA has a federal judge reviewing your case, and the next thing is the police knock on your door with a warrant to confiscate your firearms, and people in white coats appear to take you in for observation......and you of course panic, try to phone your attorney, but are  tasered and when you wake up, you have a straight jacket on, and your family is hearing on FOX News how a crazy person in you, has been threatening the President, talking about burning down things and you of course have those guns, which meant you were going to do violence.


HARPA would develop “breakthrough technologies with high specificity and sensitivity for early diagnosis of neuropsychiatric violence,” according to a copy of the proposal. “A multi-modality solution, along with real-time data analytics, is needed to achieve such an accurate diagnosis.”


Trump said mentally ill people are responsible for the uptick in mass shootings. “I do want people to remember the words ‘mental illness.’ These people are mentally ill. … I think we have to start building institutions again because, you know, if you look at the ’60s and ’70s, so many of these institutions were closed,” he said on Aug. 15. The president has also floated the possibility of supporting background checks.


This is a major problem in President Trump is creating a secret agency, which is going to monitor you, and remember how many thousands of people ended up on "no fly lists" who were innocent, and remember how many times a 'wrong' name slows down a BATFE firearms check in like names.
How many times do your idiot kids and grandchildren use your phone or computer to look at porn? What happens when some idiot college friend of a kid you child rooms with, shows up at a party and decides your computer or smart phone is the place to view ANTIFA and the next thing you know the police are on your doorstep and no one is listening to the crazy person, they have evidence is you.


Uncle Sam admits monitoring you for these 377 words ...

https://www.sovereignman.com/lifestyle-design/uncle-sam-admits-monitoring-you-for-these-377-words-6832/
According to the manual, DHS breaks down its monitoring into a whopping 14 categories ranging from Health to Fire to Terrorism. It's a testament to how bloated the department's scope has become. Afterwards there is a list of 377 of key terms to monitor, most of which are completely innocuous. Exercise. Cloud. Leak. Sick. Organization. Pork. Bridge.

It is impossible to catelogue words, brain scans or anything else in psychology and be 100% certain an action will occur. How many times have you heard, "But for the Grace of God go I"?
As an example, a man named Red Adair, would become famous in movies and the Iraq War when Saddam Hussein was lightning oil wells on fire. Years before, Adair was down on his luck, and decided to get some money he was going to beat up a man who was drunk at a bar, and steal his wallet.
Adair was at the bar. He followed the man into the night, but as he was about to strike, he stopped, because he simply could not do it, even to save himself.

If a drone was following Red Adair or Alexa was recording Red Adair, he would have been in a nut house and his life ruined, over an event he never engaged in. After that night, his life turned around, and he got a job, and became a savior to the world.
There is not anyone reading this who has not considered in a desperate time of doing something stupid or has done something stupid. It is called life. The majority of the time though, none of us do anything, even though our actions point to we might.

That all changes with HARPA in crime before the action, because it is based upon words and patterns that indicate "something". The problem is, this is not the FBI then investigating, but courts involved denying rights without a conviction or crime, and Americans incarcerated for owning legal firearms, with no threats involved.

All of this is real, and once more in publishing this article, this blog will be flagged for WORDS.

The Lame Cherry will state the reason that mass shootings take place in America, and it has nothing to do with firearms. It has to do with people feeling their is not an outlet for their dreams to believe in, the Protestant belief has been removed, and people are so police state monitored that it triggers reactions from the few.

HARPA is about to make the few into the many, in guilt by word association. This is not the Golden Thread of Law in innocent until proven guilty. This is guilt without proof.


Uncle Sam admits monitoring you for these 377 words: