The Coat of Many Colours 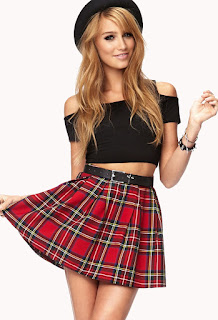 I'm always curious about things, but never have time for things as trying to pry donations from people is exhausting. So when the thought occurred to me a few weeks back, and I mentioned it to TL, TL thought it was a great idea too, as we discussed why remote viewers never view things that are important like how much of a babe Bathsheba was or what color of hair did Eve have.

Maybe I will get onto these subjects as I like pretty, but for now I was wondering about that coat of many colors that Jacob made or wove, as it was woven for Joseph which seemed to set off the big jealousy in the family that almost got him murdered and did get him sold down to Egypt as a slave.

The matrix and inquiry says that the coat had 5 colors.

The pattern was plaid.

That is all I had time to ask. Hey what do you want form me on this schedule I maintain as the best blogger child of God on the planet? Sure it just occurred to me I should have asked the material, and all sorts of other questions like how long it was, the heft, buttons if they had them or a pullover, string draw or some new thing then that no one knows about now as it was such a secret that everyone took it with them to their graves.

Yeah  should have asked the foundation color, but it probably was red, as everyone pops with red and is the natural choice. Green sure would not have gotten him thrown into a pit and blood smeared all over it. Loden green, now there is a color that elicits, I'm cold so just let me go home and snuggle up by the fire. Not as bas as LL Bean colors, but all the same......enough of this as I have other things if I had time I would be doing.

I wonder if Bathsheba looked like the babe above, Wonder lots of things if her name was Showersheba if she would have got into trouble or Spongesheba is she would have gotten into worse trouble......probably was that sponge moving over her bod that got David worked up. He was a red head you know, and probably wore plaid well as the women all were hot for him.