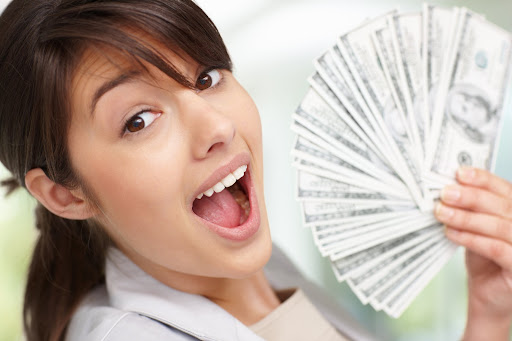 I sold my ovaries in London, my kidneys in New York, my corneas
in Tokyo and my blood in Peking. Who knew there was so much profit!

I have not inquired on this, so this is logical projection.

The United States and the world has a massive debt which has to be serviced. The Biden Dictatorship is servicing this debt by creating stimulus injections into the Nazi conglomerates or Socio Conglomerates who are being paid to not employ people, as the government is buying up massive supplies and storing them, just as China has been engaged in for several years.

So this is the US economy. It is not stagnating, it is rotting. The Lame Cherry would term it Putrification Inflation or Putriflation. This is necessary to bring about Klaus Schwab's economic plan for dictatorship in control over all you buy and sell, and the money you will have to buy what and sell what.

Once you understand this basis in the short term, this means that while sales are collapsing, other things will begin collapsing in the next round of this, meaning real estate and other major purchases. People will not have the money for these kinds of big ticket items.

As this is all part of a forced switch to crypto coins, it would be logical that there is a ratio which I could figure out, or some brain could which would be this mathematical solution.

Please study the above for a moment as what is necessary is for all of this debt, which will force people to buy non hard items, like e currencies, stocks, bonds and gold on paper. The amount of debt will have to surpass the held wealth of the 99% which is still solvent. Those who still have assets, will try to protect them, by design, and dump money into two probable sources in crypto and gold. The crypto is a creation to rob people and then impoverish them.

Put it this way. The markets get jittery. Money will start flowing to 300 dollar a barrel oil in the commodities before those shares start collapsing. The secure haven will appear to be bitcoin etc. For that reason in the Clif High analysis of the past years projections, bitcoin should rise, fall, and double in price again. Logic would project that bitcoin could go around 123,000 dollars a coin before it is bottomed out.

OK to explain this in your terms. Say you have 10 million dollars, and that means you could buy about 100 bitcoins at the top rate, or 200 at half rate. You will not pull them if they drop as you will expect them to rise again as that is pattern. In the end, bitcoin will be standardized or nationalized to a set value to "protect investors". So say the coin falls to 1000 dollars a coin from 123,000 dollars. Your 10 million of 2021 AD in the year of our Lord will be worth 100,000 dollars in 2022 AD in the year of our Lord.

Staged shortages and property acquisition by conglomerates will keep prices high, so you being rich today and you should have invested in God's Lame Cherry, means you will have just 100,000 dollars, to pay your high real estate taxes on your million dollar mansion, and costs will still be 50,000 for a car. You will be a pauper by the design of this scheme in 2 years.

As these Rense headlines indicate, putriflation is in process across the world.

3 Reasons Gold Will Soar When The Fed Tapers

The Fed Is Trapped And A Crash Is Coming

US Consumers Face Highest Inflation Since 1990

Now there are catastrophes and wars to be included in this in longer projections, but this is short term to gain an understanding as to how this all is progressing on the data. The fact is you can not have any other results on what this data is establishing now.

Logic dictates that this is a minus 6 month window as by 8 months the entire situation will have developed into something termed market controls.

There are not safe havens in this. It is why this poor orphan girl instructed her children to prepare so they would not have to purchase inflated food, as 2 dollar a can beans is bad, but 20 is something no one wants to pay for beans.

What is involved in the world now is a reflection when Bush fam for the 1% had Japan buy world debt and then collapsed their economy. The Japanese economy for 20 years was dead. A dead economy in the United States by design, means a global economic order reset, or a dead US economy means the rest of the world economies stagnate, deflate or die. What is taking place in this series of manipulations will benefit only three nations, London, Moscow and Peking. The latter two have centralized small scale economies and the former is a pariah bloodsucking economy which extorts revenue from the world.

This is the logical economic projection on the data available.