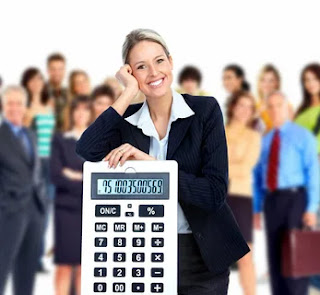 The cartel has sent out a money whore from Wells Fargo to tell us all that what is coming it not going to be that bad, because we all have money and are spending it like crack whores so that is why the recession next year will be mild.

For the record, the reason there is inflation is all of the Bush, Clinton, Obama Trump and Biden spending, as the cartel is driving up prices now to make all of you dependent on the state as you are blackmailed for food, warmth and healthcare from that vax.

Inflation is designed to end ownership of private property in the West.

Stagflation will be a reality as Dictator Biden reaches for Jimmy Carter economic implosion.

The Fed Has Destroyed Our Savings

Goldman Is Quietly Handing Out A
Recession Manual To Clients

Not Only US, But Global Economy Heading
To Crisis, Scholar Says

The Lame Cherry told you that the 2022 AD in the year of our Lord elections are being rigged. The GOPliters who are not Reagan Republicans but who are Biden Obama Bush cartel members will gain control over both houses in Congress, and be in position for Kamala Harris to run against, another Birther. The GOPliters will pass all the Obama things from amnesty to more war spending, as they "impeach" Joe Biden which is nothing but a diversion. Same shit that Deserter Donald Trump pulled.
I expect better analysis from Tom Luongo than this drivel which ignores that all elections are rigged.

Luongo emphasises. "But it will decouple the US financial and banking system somewhat from bailing out foreign governments who have been subsidised by profligate US spending. The path starts with the Fed breaking those economies and forcing them into reckoning with their own unsustainable practices – mostly Europe, China to a lesser extent. Then a period of retrenchment and fiscal tightening in the second half of the decade".
When it comes to political pains, it's likely that the Democrats are set to sustain big losses later this year. Luongo forecasts that "with an aggressive Fed", the Dems should be prepared to lose between 70-100 seats in the House and five in the Senate.

"That sets the stage for a wholesale political revolution in the US in 2024 along populist lines, as the younger generations take the reins from the octogenarians trying to hold together a political system creaking under the weight of their corruption"

The cartel has data run this all out and they are not going to allow control back to any of the peoples. When Wells Fargo speaks of global events, there are numerous engineered events from food as a weapon, wars, deliberate energy shortages and coming terror events. Everything is going to keep you off balance and you are going to be  told you are winning, and all it is, is punting the ball, just like it has you looking at the midterms as your salvation.

Klaus Schwab has told you where this is going and the Bible is even more insightful. You are being manipulated and lied to, to keep your fears pinning you down so that all of these efforts will be successful against you.

Giant Container Ships Are Ruining Everything

A Reset That Serves The People

If people have nothing left to lose, it will mean the control will be gone and desperation will have them act out. That will not be allowed by the cartel. This is managed psychological herding which we are experiencing and which will become more pronounced. You will be offered the choice of survival in supporting going after something which threatens you, instead of the threat which is erasing your lives.

Most of you should be prepared and capable of handling what is down this rabbit hole. Stop viewing your assets as your validation, but the reality of food and shelter in your possession, which by God's Grace shields you from having to be sucked into this whirlpool and being consumed by it.

Having food and raiment, let us be therewith content. Jesus told you that and that is where this is going. If you play this on the terms of the Co Opters, you will be eaten to your erasure. If you live this on your terms in not being sucked into this economic cancer, then you will survive by Christ's sake.