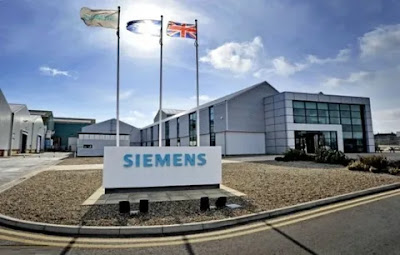 I have a great deal of respect for journalist Yiochi Shimatsu. He has done some very in depth and complete investigative journalism through the years to enlighten on subjects to the 3rd dimension when only the 1st flat world understanding is available.

This quote on the first mass shooting in America to foster in the new wave of gun control as the Supreme Court finally began handing back rights removed by the courts and legislature from the Constitution, reveals that the target was a man who had invented a clean energy fuel system in being hydrogen.

Summary of Investigative Reporting in Buffalo: The investigative journalism visit to Buffalo, NY, by the author and a local colleague who served as guide, was aimed at discovering the actual motive behind the Tops supermarket shooting in mid-May. The on-site visit was prompted by an online clip from several years earlier of the store's security guard claiming to be the inventor of the first provable method of running a motor vehicle on water as a fuel. That revelation stirred by curiosity while ringing alarm bells, raising the possibility that the Buffalo shooting incident was done for the powerful energy industry (at a time of record gasoline prices), compelling us to drive north to Buffalo.

The rationale is obvious, the energy industry has repeatedly suppressed the potential for the use of water as a fuel. More than 200 attempts at running a car on water have been met with ridicule, debunking and mysterious deaths of inventors. Despite overwhelming risks of failure and media scorn, a retired Buffalo police officer named Aaron Salter (pronounced "Soul-tr") succeeded through persistence and serendipity to run his 2004 Ford F-150 truck on water vapor with sufficient expansive force to pump the pistons for up to 20 minutes. (the video is posted online). So the question arises of whether the inventor was just one of 10 random gunshot victims in an "anti-black" shooting or was Salter the intended target of an assassination plot with unrelated shoppers added to the kill list to conceal the profit motive of the energy industry and its political lackeys.

If Salter was indeed targeted for elimination by Big Energy, the murder has worldwide implications for alternative energy sources that are not corporate-controlled, and indeed for the future national interest and economic growth on a global scale. If this crime theory proves to be the case, then the Salter assassination was not the work of one youthful offender, a mere hireling, but a high-level conspiracy implicating the leading circles of government, intelligence agencies, the energy corporations and relevant financial institutions, a wide swath of politicians, high bureaucrats and corporate executives to protect their Petro-dollar system (cash-for-oil relationship)

I do not intend to expose Mr. Shimatsu is wrong, but he is incorrect in his analysis. This was not Big Oil which was behind this. If readers will recall this blog first exposed the Bidencon link to E cars and H cars in eliminating crude oil use to create a hydrogen cell monopoly in the West with expensive electronic cars.

That is the key in this which the Lame Cherry has shown and I'm grateful to Mr. Shimatsu for his information, because when linked with what this blog has posted in that Seimens of Germany is behind the hydrogen cell monopoly and is why Germany is leading the ending the use of Russian crude oil and natural gas, it explains that it is this International Socialist Conglomerates who removed a competitor in New York in this mass murder and not Big Oil.

What Mr. Shimatsu has provided is proof of the reality which  the Lame Cherry published months ago in what is taking place in energy enslavement of all of us. From the reaction of Chevron to Dictator Biden's attack on Big Oil, it appears that Big Oil which has a seat at the table, has been lied to and perhaps is realizing they are expendable as they are powerful competitors who must be removed, as they are being cut out of E and H profits and Big Oil has a trillion dollar share which is going to be divided up by the emerging globalists electric and hydrogen production.

What took place was for gun control, but now we see the multi use by the cartel again of a situation. In order to eliminate a competitor on hydrogen fuel, they shot up a mall in a mass murder and hid the body in the midst. It reveals a psychology of the cartel linking gun confiscation, in the use of mental disease to energy monopoly. This is a revelation in what is going on in the board rooms and how their thought processes are geared in priorities.

This hydrogen car that the murdered person had, was effective and would have fracture the control of the cartel in H vehicles. They are creating a trillion dollar monopoly and did not want to create another J D Rockefeller as a powerful competitor. This is how complete this is going to be once this E and H mandate is unleashed on the world.