How to Stop a World War 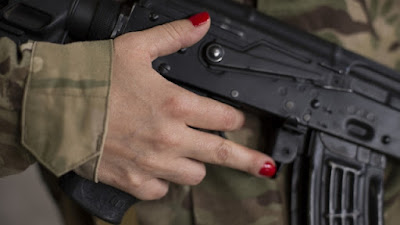 Each of us has been influenced by the narratives of the winners and the losers in world war. We have read the German propaganda the British propaganda, the Soviet propaganda and thee American propaganda. We know it by heart and yet it is a cover for the reality of what started world war two.

If the Lame Cherry were to ask you who was the world super power after World War I? Who would you say?

Whatever your answer you would be wrong.

The correct answer is France. Yes and before you fall into the frog trap of mocking France, the reality is that the United States entered World War I, and it did not provide one tank or anything else. The American arms dump happened after the war. American provided some soldiers but that was it.

The real powerhouse in the world was not the British Empire, but the French empire which included Indochina and Africa. The French military ruled in Europe. No one could contend with them. In fact, while the Rothschilds and Schiffs were busy installing communists into Russia, France was putting troops into Poland which overcame the Soviets.

What was the result? The French elected socialists and pacifists. The French were led by a military which reverted to ancient warfare of fixed fortifications which became the Maginot Line, meant to deter Germany from attacking again.

There were few French who had the clear vision of Charles de Gaulle who would rise to become the Generalissimo of France during and after the war. de Gaulles insights were rather simple in defense. He had learned the lessons of deploying tanks, that mass tanks attacks were the answer, and published this modern warfare which the British, Germans and Soviets were reading. The French establishment though deemed this prophet to radical, so when the necessity of defense was imperative, the French spent a fortune on a fixed wall, instead of purchasing 3000 tanks to stop the Germans.

de Gaulles mentor was Colonel Emile Mayer, a Jew, who foresaw the future of war before others and focused on the airplane as the tool of war which would supplement Charles' de Gaulle's tank warfare. The two successful leaders of world war two in General George S. Patton and Fuehrer Adolf Hitler, both employed fast tanks on land warfare, concentrated armor and air cover. These were the prophecies of Charles de Gaulle.

They were correct and while you were told that Germany rolled over the French and defeated them, the reality is that the Germans ran into a French tank corp as their forces collapsed which actually defeated and pushed back the Germans columns. This was Colonel Charles de Gaulle with only 150 heavy French tanks. The fact is, if France would have invested in the 3000 tanks taht de Gaulle had called for and produced an adequate fighter bomber, it would have been Charles de Gaulle who would have been remembered and not the infamous Kleist and Gunderian.

France would have crushed German forces, and the Nazi would have been driven from power. The realignment would have been French centered, not Soviet or American in the peace. The war would have ended before the arsenal of democracy had gone into production in that lend lease Ponzi Scheme which would siphon off European funds, put them into America, and being laundered there, the British would siphon them back in the Cold War.

The war shift would have been to Japan with this time the French fleet leading, instead of the hapless British as Frank Roosevelt sunk his battleships as Pearl Harbor to gain thee advantage of looting Asia and Europe for the money interests.

Remove American socialists from the Pacific and replace them with French, and China would have remained nationalist, not communists. Thereby there never would have been a Vietnam where France turned that faiure over to the United States. A French led Pacific would not have bred the Soviet and Maoist Koeans of the north for that war either.

There is a reality that a French led world would have produced spheres of war and not global wars. Perhaps about as many would have perished, but it would not have built this war as a diplomatic tool which came out of London and DC.

The lessons of Charles de Gaulle are dated though in  those who fight the next world war and fight with tanks and air power, will lose to space and miniaturized warfare.

If one would fly a drone with C4 down the barrels of tank cannon, it would end the use of armor, as much as aircraft having that flown into it's jets as much as a cyber virus could program a nuclear warhead to detonate on Russian and Chines ground, and not above the air.

The mistake of the French was not arming in the way Colonel de Gaulle anticipated the war would be fought as much as the mitake of the United States is being pushed into a war, when the solution is to not start the next nuclear war.