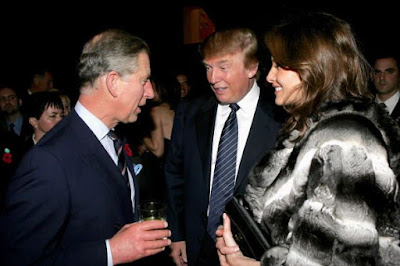 In 2016 AD you made a point of MAGA, in Making America Great Again. That dream will never be a reality for most of the people of the United States, so I ask you Mr. President, most respectfully to MASA, Make America Safe Again.

I have addressed this and pleaded this point, but your administration has not taken this cause up, as you instead pleased for elephants and lions in Africa and the First Lady banned fur from the White House.
I will be frank and blunt in this, in America has zero wildlife policy, and wildlife policy begins with Theodore Roosevelt's conservation with John Boroughs in eradicating large predators from the United States to protect animals which are beneficial to Americans.
Large predators are terrorists. No different than Islamic terrorists.

January 9, 12:05 pm (ET)
Authorities in Chicago are on the hunt for coyotes after police say a child was bitten in the head by one such animal and a man went to a hospital ...

3 mountain lions put down that fed on human remains found ...

https://www.azcentral.com/story/news/local/arizona/2020/01/01/arizona-game-fish-put-down-3-mountain-lions-after-found-eating-human-remains-found-near-tucson/2791980001/
Three mountain lions were put down overnight by Arizona Game and Fish Department officials after it was confirmed that the lions had fed on human remains found near a hiking trail northeast of ...

Mr. President, the Bible mandates that animals which attack and kill humans must be destroyed. In your 2016 campaign, you promised the People of the West and America, the control over their lives. This has not happened and once again I ask you to return to Teddy Roosevelt's policy of unleashing the natural greed in people to tame the wilderness. In that Mr. President, I ask for an Executive Order mandating that the EPA, USFW and Interior make available to rural Americans the necessary tools to allow Americans their God mandated right to protect themselves, and that means killing predators winged and footed, in the most easy way.
The answer Mr. President is Durafan, a corn insecticide, which Africans are still using in volume to kill lions that are eating their livestock and people.

https://lamecherry.blogspot.com/2019_09_02_archive.html
The necessary remedy of control in cyanide, strychnine, 1080 and Durafan removed from over the counter sales, what was the effect was slaughtered bambi and lambs in burgeoning numbers. Nature responded not in stockpiling predators, but when Florida banned foot hold traps, a new disease appeared in distemper in raccoons which spread across the United States.

https://lamecherry.blogspot.com/2018_05_13_archive.html
May 13, 2018Personally I think there should be a season on the damned things to thin them out or for Donald the President to get off his Mar Largo and get Scott Pruit over at EPA to start handing our Durafan and Cyanide to rural people so they can start baiting for this shit and kill all them damned coyotes, wolves, owls, cougars and eagles.

As you can read Mr. President, this blog has been advocating this for some time, and your administration has not acted. Give the rural people the tools to wipe out the problem, and then coyotes are not going to be eating people in Chicago and lions are not going to be eating people in Arizona.
Mr. President, simply order that no agency of government will interfere with Americans eradicating large predators, that the landowner has all rights above, on and below ground to dispatch any species, protected or not, and provide without licensing Durafan and Americans will solve this problem and it will not cost the federal government one cent, as Teddy Roosevelt stated Americans will solve their own problems.
If you would Mr. President, I would advocate that like President Ronald Reagan, you would provide funding for the fur industry manufacturers in South Korea, to provide a MAGA for fur harvesters as thousands of trappers would produce revenue for rural communities. It would be a small investment which would reap large monetary rewards.
Lastly, I realize you have enough problems, but if you would stop banning things you have not a complete picture of, as your actions and your wife's banning, causes events like children being mauled in Chicago. There is not enough food in the rural areas as the coyote population eats bambi, so goes to Chicago to eat kittens and puppies, and when that runs out, they eat children.
If Melania would have worn one coyote fur coat, and explained that coat saved thousands of bunnies and fawns, and kept American children from being mauled, it would have solved all of this.
Thank you for your time, as I doubt your lurkers will read this, or bring this to your attention, but there is a problem as I predicted, it will only get worse, and it requires your fixing this, and your people did not provide you with the complete picture or this would have been fixed before.
Sincerely,
La'me Cherry